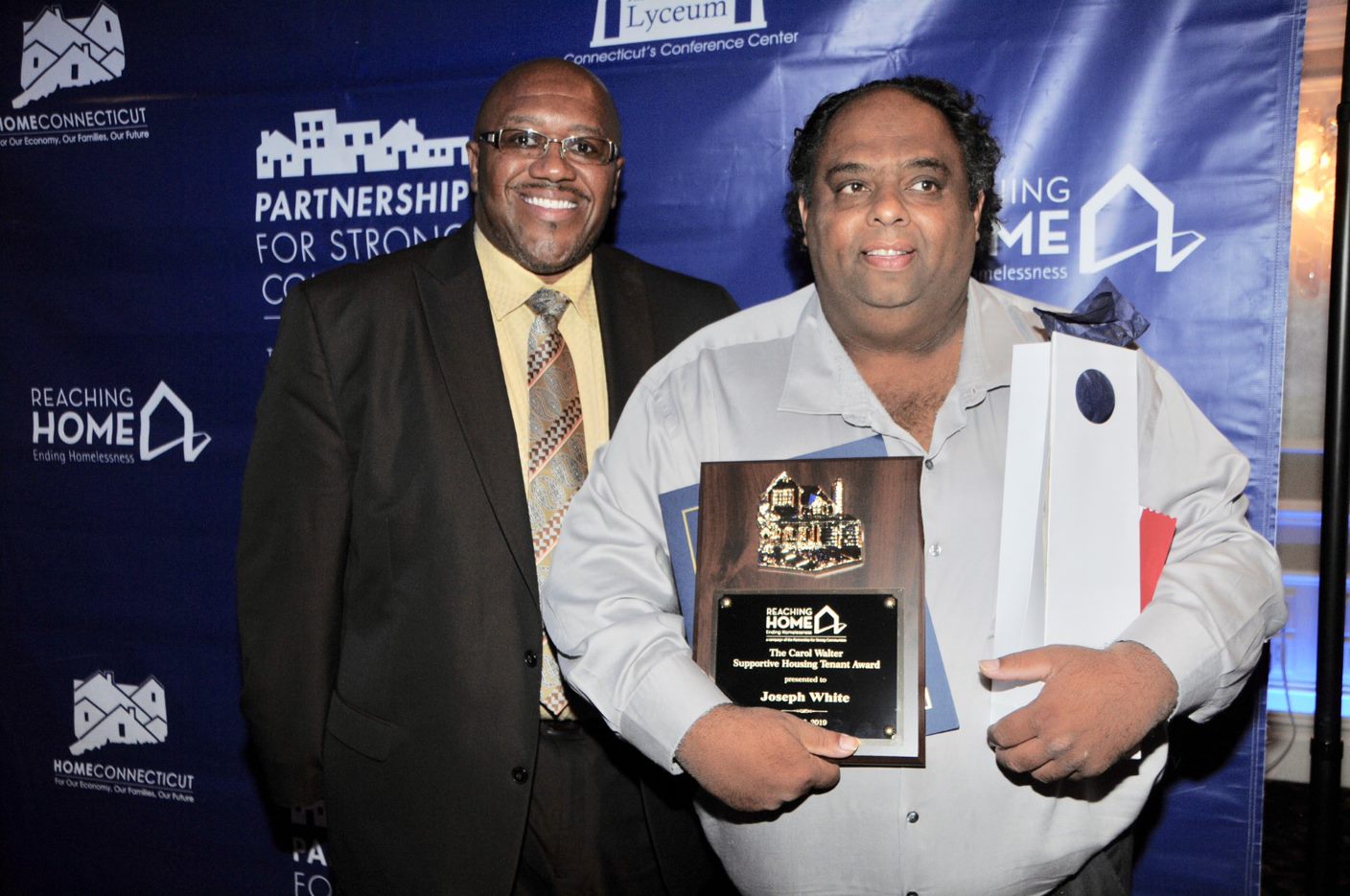 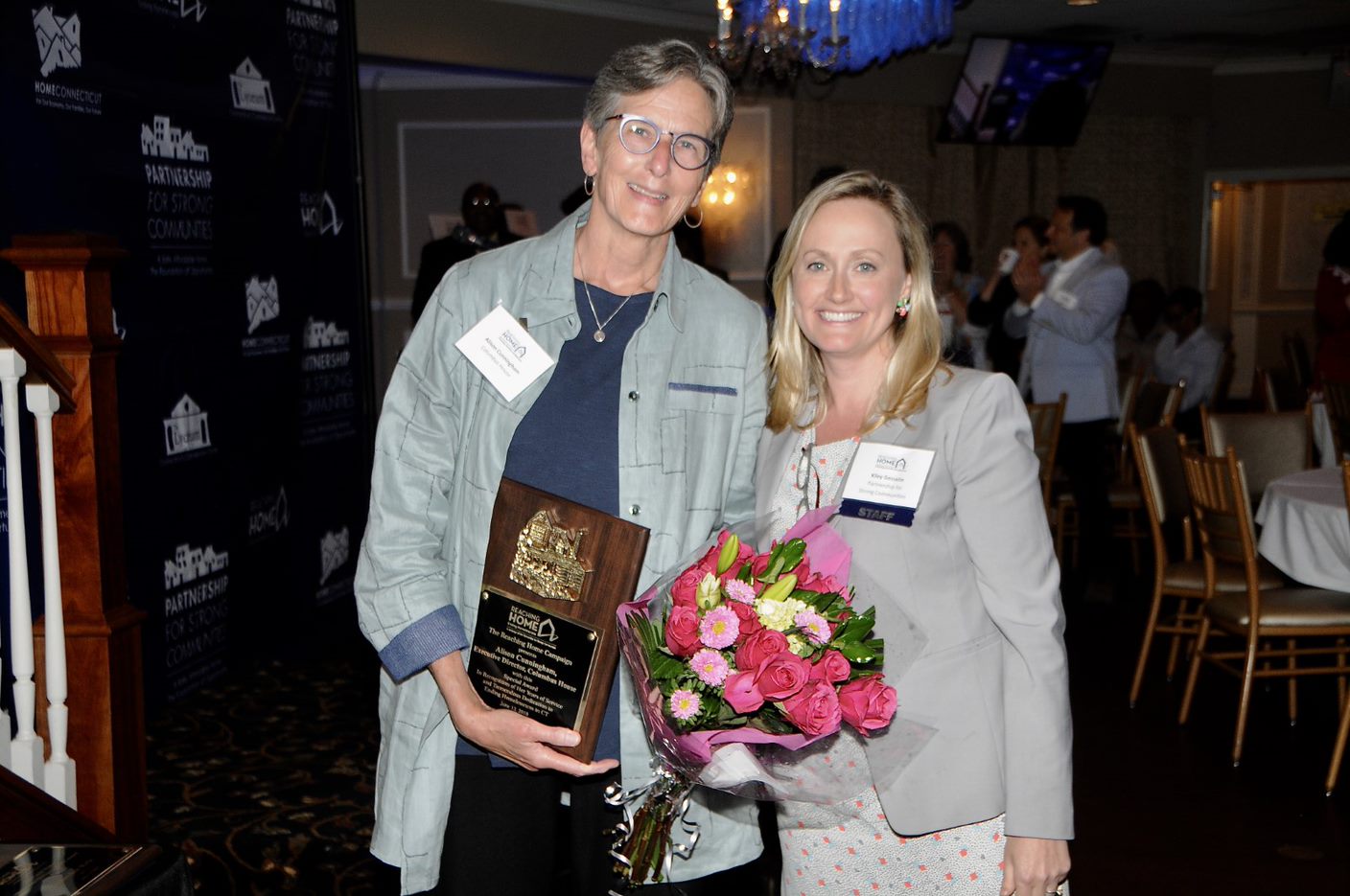 Each year, Partnership for Strong Communities (PSC) invites people to come together to celebrate, and to present the prestigious Reaching Home Awards (RHA). The awards are presented to individuals and groups that have demonstrated exceptional commitment to preventing and ending homelessness in Connecticut.

We'll join together over Zoom with distinguished awardees to celebrate their accomplishments and the work of so many to prevent and end homelessness in Connecticut.

Although we are still unable able to come together in person, we remain united. Now more than ever, we are committed to the vision that no one should experience homelessness; that everyone should have a safe, stable place to call home. We know now from experience that neither pandemic nor distance are strong enough to separate us. We are stronger together, for that we truly have reason to celebrate.

We are so looking forward to gathering virtually to celebrate together with our partners, speakers, award recipients, sponsors, friends, and family. 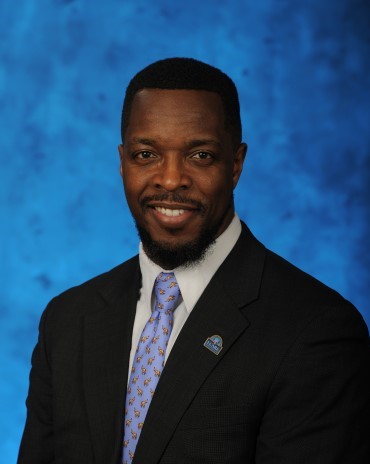 Anthony previously served as Deputy Director for at the United States Interagency Council on Homelessness (USICH), where he was responsible for coordinating the state and local work of the Council and serve as the lead on Veterans issues for the Council.

Anthony has over 20 years of experience in homelessness and poverty issues. He was Site Director for the nonprofit United States Veterans Initiative’s Houston office. During his leadership there, US Vet's Houston became the largest provider of housing and support services to homeless veterans in Texas, providing housing and services to more than 20,000 homeless veterans.

Before leaving Houston for Washington, DC, Anthony served as President and CEO of the Coalition for the Homeless of Houston/Harris County, the principal agency for the Homeless Continuum of Care for a county of almost four million people. Under Anthony’s leadership, the community developed and unveiled its first Strategic Plan to End Homelessness, coordinated one of the largest one-day outreach and rapid rehousing initiatives in the state of Texas and increased its annual HUD homeless allocation from $14 million to $20 million.

Anthony earned a Master of Arts Degree in Public Administration from the University of Missouri‐Kansas City. He has been recognized by numerous groups and organizations for his work to end homelessness. 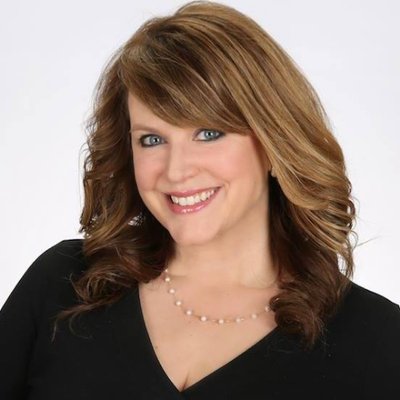 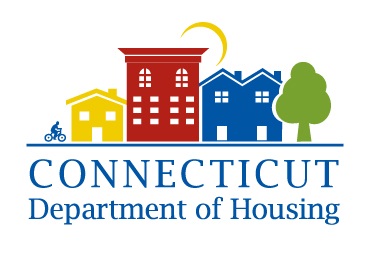 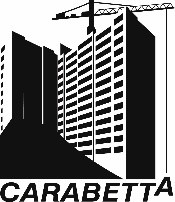 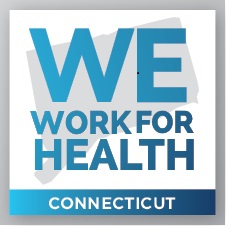 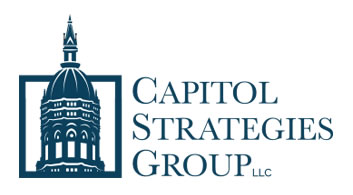 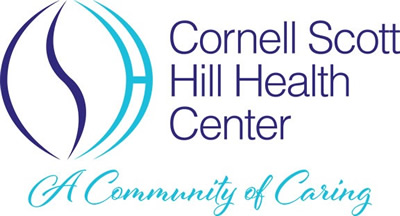 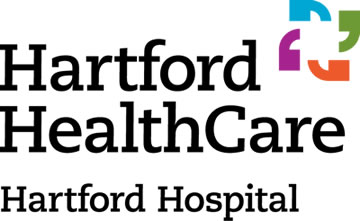